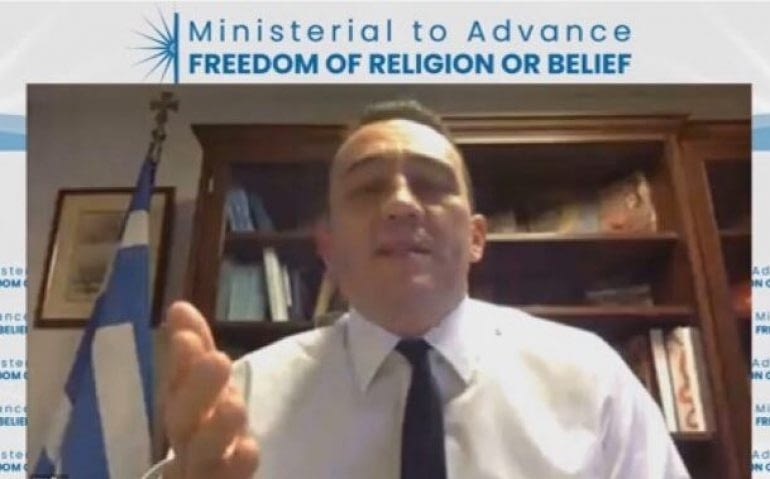 It is with great pleasure that I am joining all of you today to discuss ways to coordinate our action towards advancing freedom of religion and belief around the world.

Greece firmly believes in the importance of safeguarding freedom of religious      faith for all, as a means to promote peace, security and inclusive sustainable development all over the world. Indeed, sustainable development goals, as prescribed in the UN 2030 Agenda, entail addressing discrimination based on religion or belief, by dedicating special attention to persons belonging to religious minorities, and who are at risk of ‘being left behind’ by persecution or social exclusion.

On the other hand, terrorist acts and aggression against democratic values, but also hate crimes, affect modern societies. Sadly, this sort of acts are fueled by religious extremism, which is closely linked to ideologies that preach suppression of religious freedom and violation of the inalienable human right to freedom of belief.

In this context, allow me a few remarks regarding the challenges we are facing in a specific part of the world, the Middle East. The Middle East, as the birthplace of many religions, has a long tradition of peaceful coexistence between them. Unfortunately, this is not the case anymore and we have to do something about it. Cultural and religious diversity used to be a trademark of the Middle East; it has to be restored. Greece has a profound interest and is playing a crucial role in this regard; the Greek Orthodox Patriarchates of Jerusalem and Alexandria, as well as the Patriarchate of Antioch, are at the forefront of these efforts. They should be embraced and supported by all of us in their work to preserve this cultural and religious diversity in the region and to protect their communities. It has to be noted that many friendly countries in the region are indeed assisting in these efforts, but it is equally correct that, in certain parts, Christians are persecuted and Christian communities are depleted. This has to be stopped and these policies have to be reversed. We need to voice our support and to translate it into concrete actions.

Another issue I would like to raise is the status of the Ecumenical Patriarchate and the Halki Seminary in Turkey. The issue of the legal personality of the Ecumenical Patriarchate and the recognition of its Ecumenical status has been pending for many years. Turkey considers the Patriarchate to be a “minority” institution and has still not implemented the relevant recommendation by the Venice Commission of the Council of Europe. On the other hand, the Halki Seminary, which remains arbitrarily closed since 1971, should be reopened. Turkey’s insistence on keeping it closed deprives both the Greek minority and the entirety of the Orthodox world of new religious leaders.

In conclusion, I would like to refer to the protection and preservation of religious heritage sites, and more particularly to the issue of Hagia Sophia, a World Heritage Monument -since 1985- and a site of outstanding universal character and value. Hagia Sophia has been converted into a fully functional mosque, based on a recent decision by the Turkish government, without any prior notification to UNESCO and its member states. The use of the monument for religious services is an unacceptable act and has deeply saddened Christians around the world. The ecumenical character of Hagia Sophia transcends national and religious backgrounds. And, unfortunately, this is not an isolated decision. Turkey implements a systematic policy of converting Christian churches into mosques, as was the case of the Church of Savior in Chora, which has served as a museum for more than 70 years.

Greece, therefore, calls upon all UN member states and civil society stakeholders to support the plea to reinstate Hagia Sophia and Church of Savior in Chora, as global heritage monuments, which bring all people together and are enjoyed by all, without discrimination.

Greece, an EU member, considers the fight against religious intolerance as an indispensable part of the effort to uphold universal Human Rights. As Athens is home to a large Muslim community, we are particularly satisfied that we have recently inaugurated the first government-funded mosque in Athens. This development of high symbolism demonstrates aptly that, in contrary to Turkey’s condemnable initiatives which undermine the foundations of tolerance and unnecessarily deepen intercultural and inter-religious rifts, Greece takes all appropriate steps in order to promote religious diversity in practice.

Freedom of religion or belief, as a founding element of democracy, promotes peace, encourages political participation, and strengthens pluralism. We are here to send a strong message that free religious communities can make important contributions to society, and therefore can add value to the core of democratic ideals and principles.

Thank you very much for your attention. 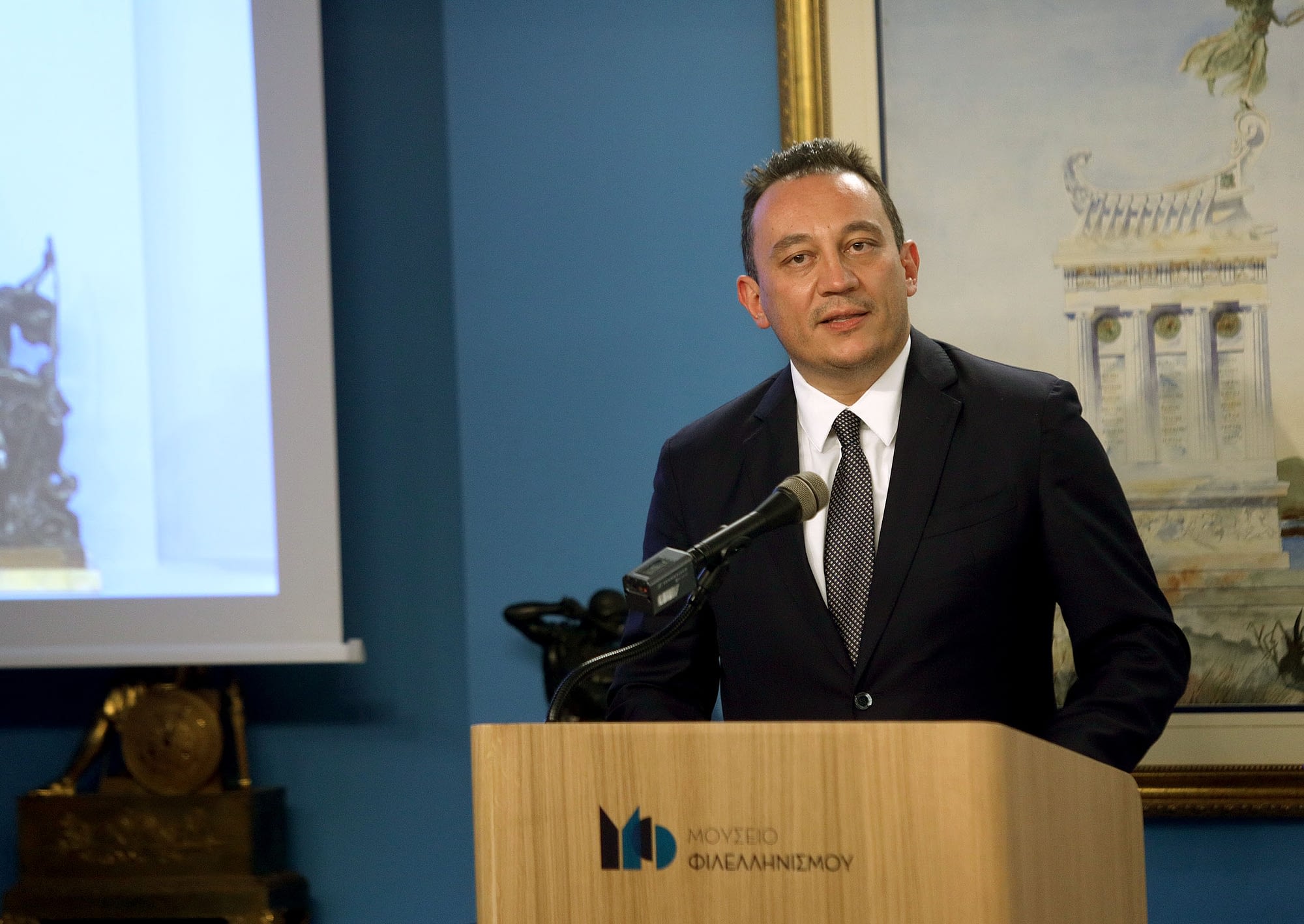