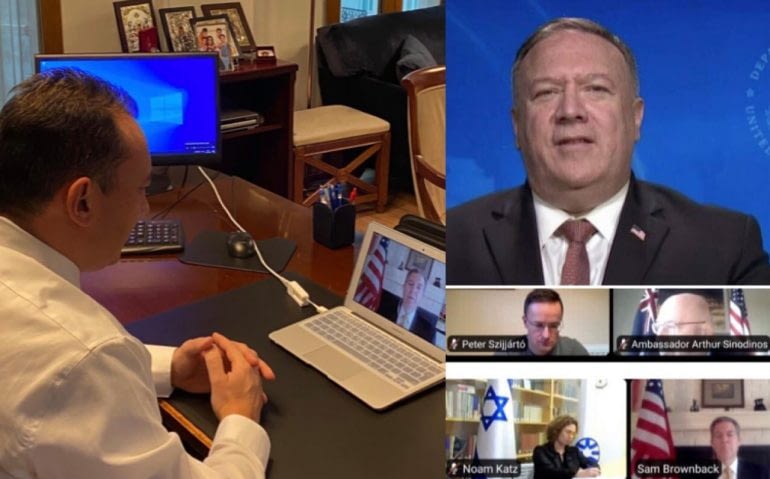 At the outset, I would like to congratulate the founders of the International Religious Freedom or Belief Alliance, as well as all its members and supporters. As already presented during our first meeting in Washington last February, this is not solely an excellent initiative. It is an absolutely necessary one. Therefore, I feel very glad that we have come together today, to reaffirm our commitment to the preservation of religious freedom and belief, and also to discuss further our common endeavors and goals.

When 80% of the world population faces some kind of persecution because of their religious belief, there is no doubt that religious intolerance is among the most crucial issues that humanity must address without further delay. Freedom of religion or belief, as a founding element of democracy, promotes peace, encourages political participation, and strengthens pluralism.

In this context, allow me a few remarks regarding the challenges we are facing in a specific part of the world, the Middle East, an area where Greece has a profound interest, due to geographical, historical and cultural reasons. Middle East is a region which has been the cradle of the major religions of our time. However, nowadays, it faces serious challenges, being plagued by violence, hatred, religious fanaticism and extremism. If we want to achieve durable peace, we have to work closely in order to foster a culture of coexistence, tolerance and respect.

Greece acts as a stabilizing factor in the Eastern Mediterranean and in this spirit assumes an energetic role in promoting human rights and the freedom of religious belief in the whole region. We have already taken initiatives to promote peaceful coexistence in the Middle East, such as two Conferences in 2015 and 2017 in Athens, on “Religious and Cultural Pluralism in the Middle East”, bringing together 168 political leaders and representatives from 38 countries and international organizations, and leaders from the Christian, Muslim and Jewish world.

Moreover, we have recently adopted the International Holocaust Remembrance Alliance’s (IHRA) definition of Antisemitism and will assume the chairmanship of the Alliance in 2021. During our presidency we plan to promote a series of academic, educational and cultural activities focusing on the role of education and social media in preserving Holocaust Remembrance and raising public awareness on all issues regarding xenophobia, racism and discrimination.

Greece will cooperate with all members of the Alliance and all relevant stakeholders to promote the Alliance’s principles and values. Towards this end, the Greek Orthodox Patriarchates of Alexandria, Jerusalem and Antioch can play an important role in promoting the cause of the Alliance in Africa and Middle East, respectively. Over the years and despite all difficulties, the Greek-Orthodox Patriarchates have cultivated a culture of solidarity and openness towards local societies, advocating in favor of compassion and empathy and hence they deserve our attention and support.

Another issue I would like to raise is the status of the Ecumenical Patriarchate and the Halki Seminary in Turkey. The issue of the legal personality of the Ecumenical Patriarchate and the recognition of its Ecumenical status has been pending for many years. Turkey considers the Patriarchate a “minority” institution and has still not implemented the relevant recommendation by the Venice Commission of the Council of Europe. On the other hand, the Halki Seminary, which remains arbitrarily closed since 1971, should be reopened. Turkey’s insistence on keeping it closed constitutes a flagrant case of abuse of power and a straightforward violation of the freedom of religion, which is unacceptable.

Allow me to take the opportunity and welcome Secretary Pompeo’s decision to visit Istanbul and meet today His Holiness the Ecumenical Patriarchate of Constantinople, Bartholomew.

I would also like to stress that there are more issues of particular concern for us. The protection and preservation of religious heritage sites is one of the most fundamental. The recent decision by the Turkish authorities to convert Haghia Sofia, a cultural monument protected by the 1972 Convention concerning the Protection of the World Cultural and Natural Heritage of UNESCO, into a mosque, is absolutely incompatible with the basic norms and standards of the modern civilized society.

And, unfortunately, this is not an isolated decision. Turkey implements a systematic policy of converting Christian churches into mosques, as was the case of the Church of Savior in Chora, which has served as a museum for more than 70 years. I want to take the opportunity to thank all members of this Alliance that have already condemned these unjust acts and have asked for revocation; and I am urging you all to raise your voice and join forces in order to make revocation happen.

Greece, an EU member, considers the fight against religious intolerance as an essential part of the effort to uphold universal Human Rights. As Athens is home to a large Muslim community, we are particularly satisfied that we have recently inaugurated the first government-funded mosque in Athens. This development of high symbolism demonstrates aptly that, in contrary to Turkey’s condemnable initiatives which undermine the foundations of tolerance and unnecessarily deepen intercultural and inter-religious rifts, Greece takes all appropriate steps in order to promote religious diversity in practice.

In conclusion, I would like to repeat that through coordinated efforts we can make things better. This is the reason why Greece joined the International Religious Freedom Alliance.

I want to wish the Alliance every success and we pledge to actively participate, to the best of our capabilities, in its activities in the future.

Thank you for your attention. 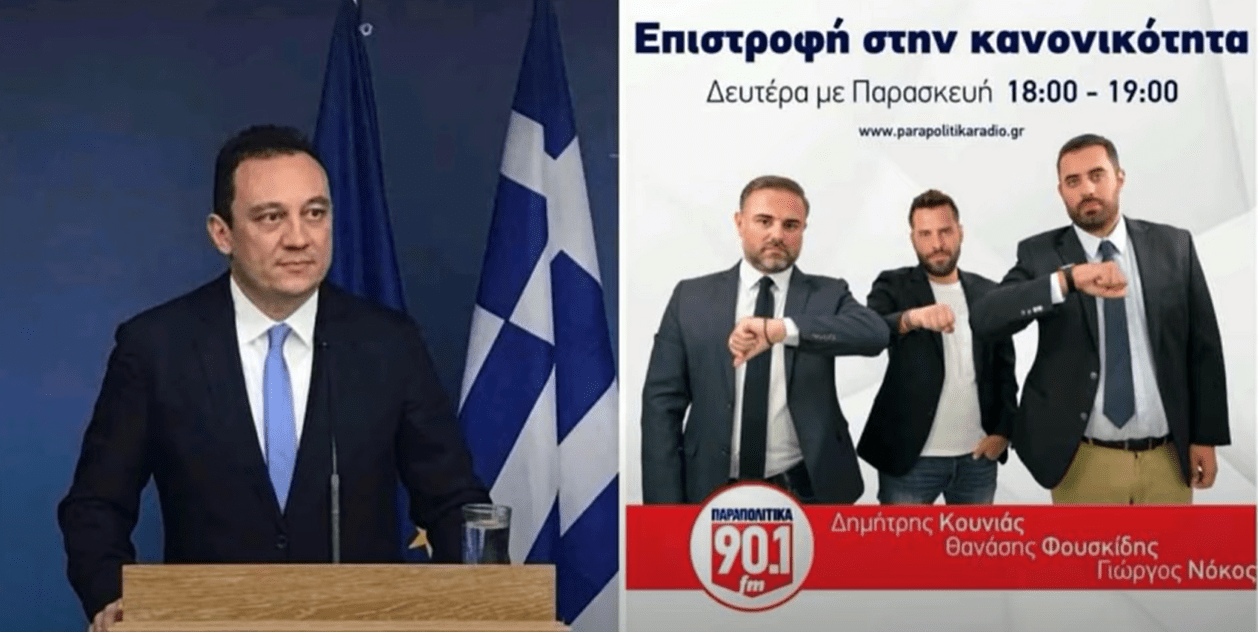